The Dandenong Journal (Victoria)  29-4-1942
Loch Man’s Son Killed In England
Mr. and Mrs. W. A. Allen, well-known residents of Loch, where Mr. Allen is the district representative of R. G. Melgaard and Co.,  Dandenong, recently received the tragic news that their son had been killed in a flying accident in- England. Their grief is shared by many friends and acquaintances throughout Gippsland.
The Argus (Melbourne, Victoria)  5-5-1942
AIRMAN'S DEATH
News has been received of the death of Sgt-Obs William Alexander McMeekin Allen in an air accident during an operational flight at
Gedney, Lincoln-shire, England, on April 11. He was the only surviving son of Mr and Mrs W. A. Allen, Glenallen, Loch.
He was educated at Loch SS and at Scotch and Geelong Colleges, and was employed at the Explosives Factory, Maribyrnong, before he joined the RAAF. He married Miss Betty Pullen, of Mildura, 3 months before going overseas. 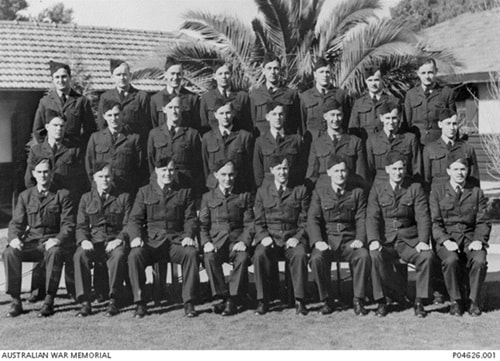